A downloadable game for Windows, macOS, and Linux

Ash is an Argentinian freelancer who lives with Eve, her lovely fiancé. She would say that it’s a pretty normal morning if it wasn’t because she can’t seem to shake off this feeling that something is wrong.

"Why do I feel like I'm forgetting something?" - Ash.

In order to download this game you must purchase it at or above the minimum price of $1 USD. You will get access to the following files:

The Ghost of Nixon13 days ago

Linux version isn't working, it spews lots of "Fontconfig error" and ends with "

fontconfig-2.13.1 is installed, /etc/fonts.conf exists and seems to be correct and readable.

"...feeling that something is wrong".
Don't worry, if you are a freelancer, there's always something that will go wrong XD

Really cute and tender game, just wish i could see what happens next tho ;(

Hugs from Brazil ;) (aka your most beloved neighbours)

Was initially very confused and looked at the comments for answers, but then decided to play it again. Am very glad I did, what a short and well-crafted little game! Will definitely have a look at your other stuff once I'm done with the current backlog of stuff from the Ukraine bundle.

yep! that's the end so far.

This game looks so enjoyable, I'll check it out! Also what a coincidence, I'm also a wlw Argentinean!

Decent game.
The story unfolds uniquely. The idea and the theme, which the game carries is serious, but presented as if is something simple, yet impactful. Visual style and characters are neat, distinctive and rare. Although, the "what if" factor could have been the main mechanic for the game, rather then just a statement. I won't spoil the game for most people visiting the page, but, I would definitely change the presented statement as if it was a choice, not the only ending. Rather than that, the only nitpick I had was the cellphone, it was hard to locate it the first time.
Overall, great great. I will give it 4/5.

Wow! What a nice review! Thank you <3

What an effective game. You really know how to say a lot with very little.

Very nice. It could have felt heavy handed if it wasn't so sincere.

The question is part of the game :D

i really liked it! The way I didnt even expect the plottwist made it even better. And the characters are absolutely adorbs! 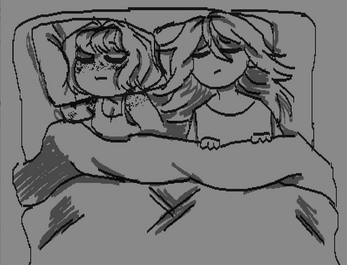 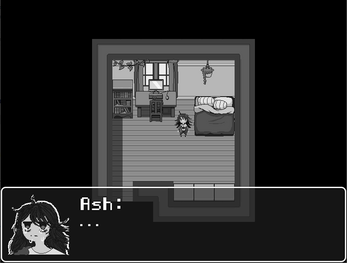 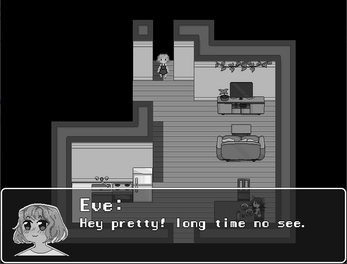